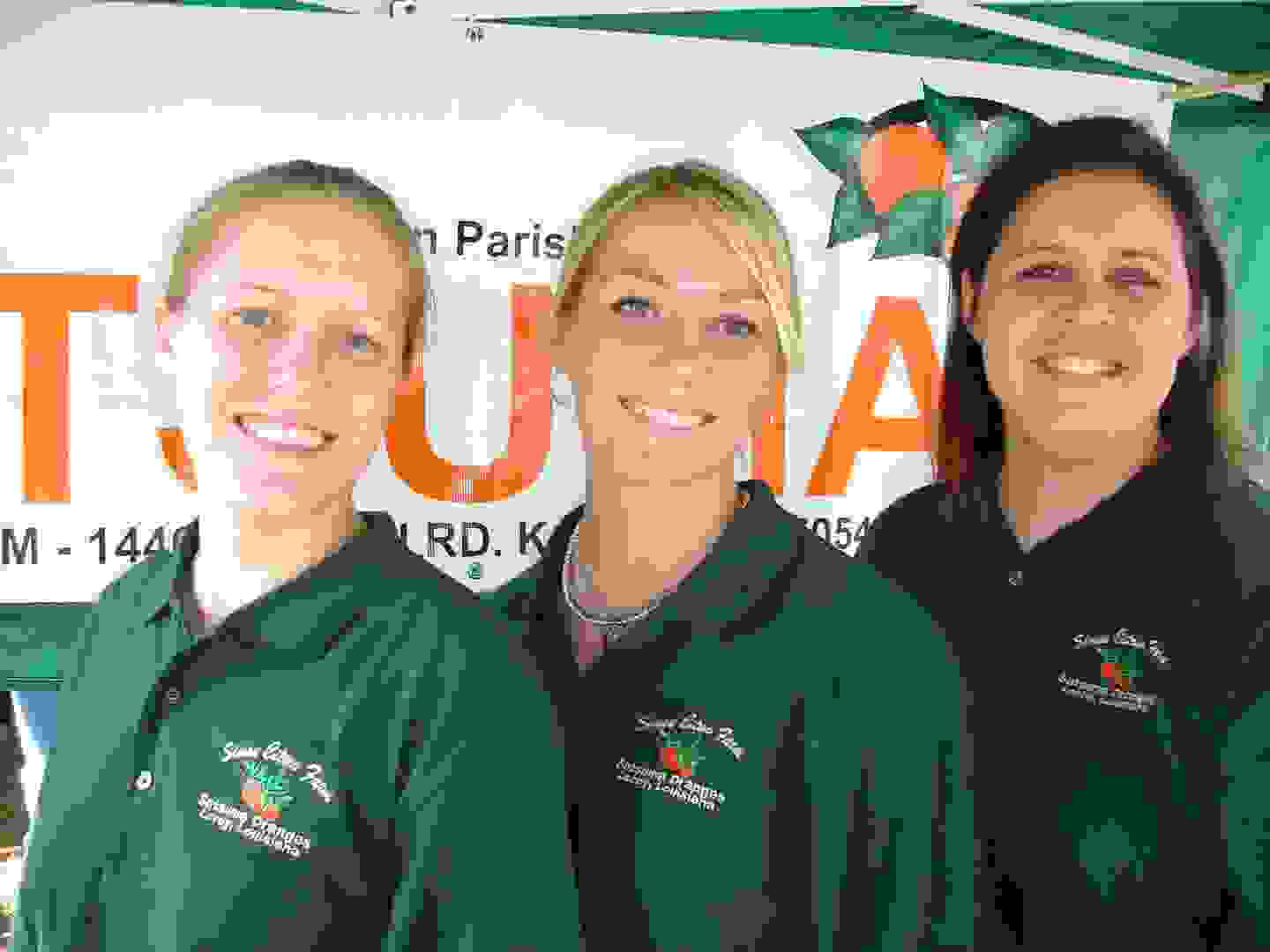 Mandarin oranges have been divided into four groups: the Satsuma group (Citrus unshiu), the King group (C. noblis), the Mediterranean group (C. deliciosa), and the common group (C. reticulata). Here at Simon Citrus Farm L.L.C., we grow the Satsuma Mandarin (Citrus unshiu). The  Satsuma mandarin may have originated in China but is was first reported  in Japan more than 700 years ago. The first recorded introduction into  the United States was in Florida by George R. Hall in 1876. The name  "Satsuma" is credited to the wife of a U.S. Minister to Japan, General  Van Valkenburg, who sent trees home in 1878 from Satsuma, the name of a  former province, now Kagoshima Prefecture, on the southern tip of Kyushu  Island. During the period 1908-1911, approximately a million "Owari"  Satsuma trees were imported from Japan and planted throughout the lower  Gulf Coast states from Florida to Texas. The world's largest Satsuma  industry is located in southern Japan. While this fruit is grown  primarily for fresh consumption, a portion of the crop is canned as  fruit segments or juice.


The Louisiana citrus  industry began when early settlers planted citrus seeds along the  Mississippi River below New Orleans. At first, only the so-called  "sweet" seedlings were planted. They required from five to seven years  to produce a paying crop. In most cases, these early groves were  unmanaged. In about 1878, budded trees were introduced into south  Louisiana. Budded trees, unlike seedlings, yielded crops in three to  four years.


The Satsuma, introduced in the early 1880s,  possessed more cold hardiness than other "sweet" citrus and prompted  the planting of citrus in the more northern latitudes of Louisiana. By  the 1890s, Satsuma trees were planted extensively along all the southern  Louisiana parishes.


Simon Citrus Farm L.L.C.  was planted in 1996 as a hobby but quickly grew into a 1000  tree orchard with the guidance of the LSU Agriculture Center. While  "Owari" is the most popular variety of Satsuma grown, we grow the "Brown  Select" variety which ripens a little earlier and is much sweeter than  other varieties. We also grow a few Navel Oranges as well as our  delicious Satsumas. With the help of family and friends, we harvest for  retail, wholesale, and shipping customers.


Simon Citrus Farm L.L.C. is family owned and operated. Come by and see us!